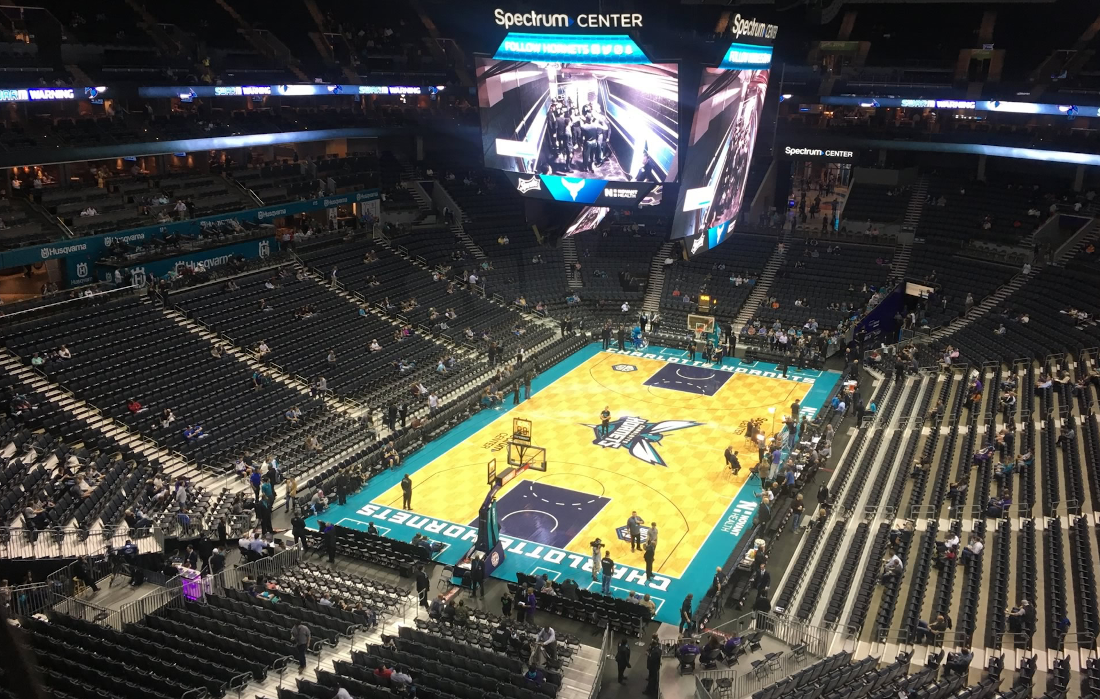 The Spectrum Center is an indoor arena located in Uptown Charlotte North Carolina. The arena is currently the home of the NBA’s Charlotte Hornets and offers a multipurpose venue with arrangements prepared for concerts, political conventions, and a variety of professional and collegiate sporting events. The arena opened in 2005 as Charlotte Bobcats Arena, named after their original resident team and was intended as a replacement for the Charlotte Coliseum that had been considered outdated even only 13 years in its lifetime. The name of the venue comes from a naming rights deal when Charter Communications purchased the rights from Time Warner Cable.

The venue’s construction was first proposed in a 2001 public referendum for an art package that included money for building a new arena. The call to make the arena was placed on the public ballot for voting as a demonstration of public support for its construction but failed to pass this vote after then-mayor Pat McCrory vetoed a living wage ordinance just days before the referendum, which caused local grass-roots organizers to launch a campaign opposing the arena.

The city responded to the failed vote by devising a way to build the new arena without public support, but only because then-Hornets’ owner George Shinn sold the team. This demand was based on how Shinn’s actions and public persona alienated fans, which the NBA acknowledged but were concerned that such a move would anger other owners. Despite this concern, the NBA approved the team’s move to New Orleans, which allowed The Spectrum Center to be built and opened with the Bobcats as their resident team on October 21, 2005. The New Orleans Hornets would later rebrand themselves, returning the official records and name of the team to Charlotte.

The arena was a vast improvement over the outdated Charlotte Coliseum with several features that wee never before seen in the region to that point. This includes an open design with artwork that suggested the concept of community and socializing as well as beautiful large concourses and outdoor plazas. The arena quickly became known for its center-hung scoreboard that was the largest at the time of its debut and featured a light-up 360 degree 3D mural of the Charlotte skyline.

Ever since its construction, the Spectrum Center has only had one major renovation, after the Charlotte city council gave the Hornets $34 million for arena renovations to prepare for the 2017 NBA All-Star Game that the venue would host. These renovations included the installation of a new scoreboard that cost $7 million as well as renovations to the visitor’s locker rooms, suites, and other rooms.

To date, the state-of-the-art facility has attracted both great athletic competition with the Hornets’ home games as well as a wide variety of special events.

See the links below for more information on the Spectrum Center Charlotte: