The sarcastic king of comedy, Sebastian Maniscalco, is back and taking over Uptown Charlotte, North Carolina! On Thursday, 1st December 2022, the acclaimed comic is set to perform his latest stand-up set at the Spectrum Center! This show is part of Maniscalco’s much-awaited fall outing titled, Nobody Does This Tour and is guaranteed to be packed with hilarious jokes and hilarious stories! If you’re a fan, you better hurry and grab your tickets fast because Maniscalco just finished a string of sold-out arenas, and people want more! Secure your tickets now, and experience the Nobody Does This Tour at the Spectrum Center! 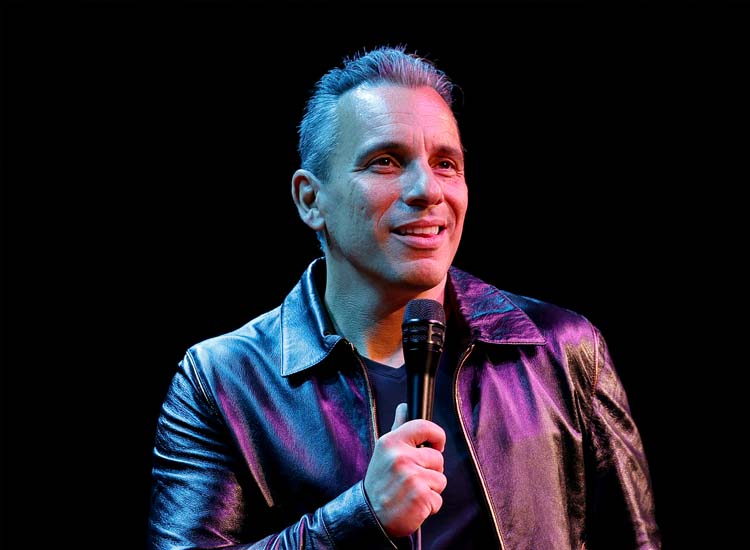 Unprecedented comedian Sebastian Maniscalco is regarded as one of the top comedians of the decade. Following his record-breaking, sold-out outing, Stay Hungry, and You Bother Me Tours, Maniscalco will embark on another much-awaited trek with all-new material and never heard before jokes. Maniscalco was called “The Hottest Comic in America” by the New York Times and was recognized by both Billboard and Pollstar for his incredible tours. Meanwhile, his memoir, Stay Hungry, became a best-selling book upon its release. The American-Italian stand-up comic has long developed his unique comedy style. His sarcasm and impeccable body language, and facial expressions have made him one of the most expressive and distinctively funny comedians. Moreover, his material often includes stories about his marriage, his family, and growing up in an Italian-American household.

Aside from stand-up comedy, Maniscalco has several successful gigs in hosting and acting. In 2019, Maniscalco hosted the MTV Video Music Awards. He also starred in the Academy-award-winning film Greenbook and the oscar-nominated The Irishman by Martin Scorsese. Later this year, Maniscalco is set to be featured in his own food show on Discovery+. In the spring of 2022, Maniscalco performed an incredible series of shows at the Netflix is a Joke Festival. His name was billed next to stand-up legends, such as Chris Rock, David Letterman, Adam Sandler, and many more.