Punk rock fans in North Carolina better gear up! This summer, Machine Gun Kelly is hitting the road for the Mainstream Sellout Tour! The massive North American trek kicks off in June and ends in August before the “Tickets to My Downfall” singer moves on to the international leg of his world tour. On Tuesday, 21st June 2022, the 41-city tour stops at the Spectrum Center in Uptown Charlotte, North Carolina. Machine Gun Kelly, who’s both a rocker and rapper, is anticipated to perform his biggest hits, including “I Think I’m Okay,” “My Ex’s Bestfriend,” and “Forget Me Too.” So hurry up and get your tickets now to see Machine Gun Kelly at the Spectrum Center because tickets are bound to sell out! 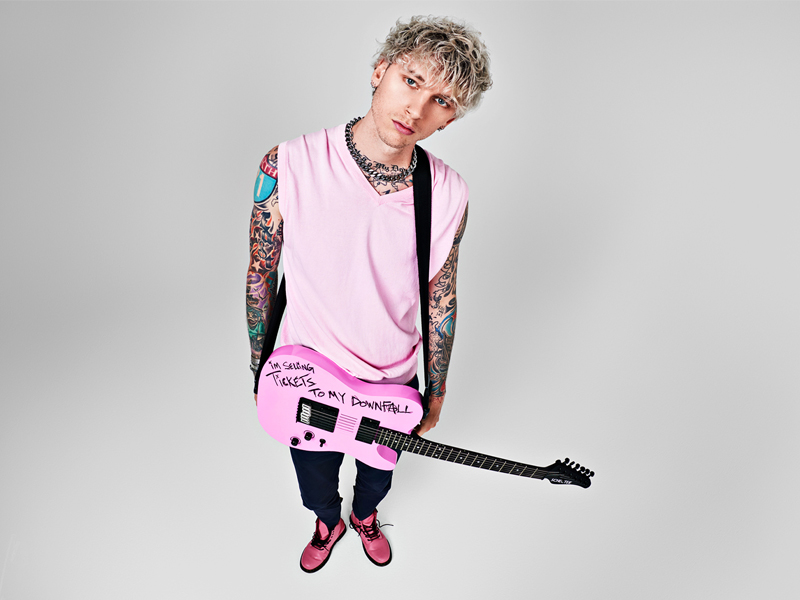 The North American leg of the Mainstream Sellout Tour not only features Machine Gun Kelly, whose real name is Colson Baker, but also some of today’s hottest rockers. The massive tour has put together an impressive list of guest performers that include Avril Lavigne, Travis Barker, WILLOW, black bear, iann Dior, Trippe Red, PVRIS, and 44Phantom.

Singer and rapper Machine Gun Kelly recently enjoyed the success of his fifth album, Tickets to My Downfall. The album peaked at number 1 on the US Billboard 200, Top Rock Albums, and Top Alternative Albums charts. The record is already certified platinum by the Recording Industry Association of America despite being released just two years ago. The album features the stellar hits “My Bloody Valentine,” “Concert for Aliens,” and “My Ex’s Best Friend.”

Tickets to My Downfall is followed by Mainstream Sellout, released just this March. Much like the previous album, Mainstream Sellout peaked at number 1 on the US Billboard 200, Top Rock Albums, and Top Alternative Albums charts. The record also received raving reviews from fans and critics. The record features performances by Travis Barker, Bring Me the Horizon, Lil Wayne, Pete Davidson, WILLOW, and many more.

If you’re a fan of Machine Gun Kelly – whether from the rap era or punk rock era – you better grab your tickets now to this much-anticipated tour!

* Guest performers may vary per venue