Hola señoritas! Are you ready to cheer for our favorite Colombian chica, Karol G, as she performs this Tuesday, September 20, at Spectrum Center? You better be because the chart-topping Latin and reggaeton artists will surely sizzle the stage with here show-stopping performances. Thus, you are assured of one of the most intense concert events this fall. Sing along to her career-defining hits, such as "MAMIII," "Don't Be Shy," "Mi Cama," "Culpables," and many more. If you couldn't get over her recent Coachella performance, you should definitely see her live at this concert. Tickets are now on sale, and you can grab yours here by hitting the "Get Tickets" link. Grab yours now before they run out! 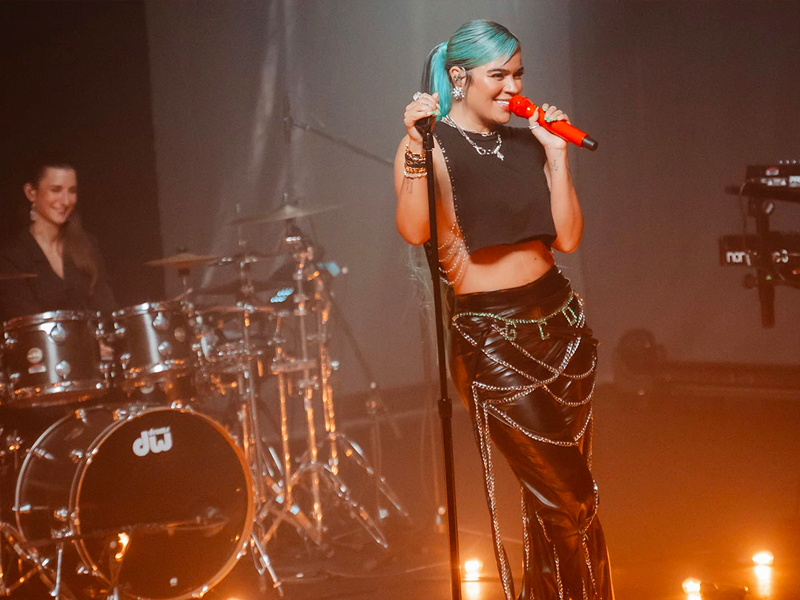 Known for her feminine and sexy yet sporty and tomboyish persona, Karol G is a household name in the Latin and Reggaeton music scene. Hailing from Colombia, this 31-year-old singer has recently made waves with her powerful and sexy performance at the 2022 Coachella Valley Music and Arts Festival, where she did not fail to impress the audience. Her presence in the world-renowned festival showed a genuinely remarkable Latin American representation.

Her flawless Coachella performance is only the cherry on the cake for the Latin star this year. She was able to win numerous awards in the recently-concluded Latin American Music Awards, wherein she bagged six awards out of seven nominations, including Female Favorite Artist and the coveted Album of the Year for "KG0516." Indeed, Karol G is on the top of her game.

Today, the multi-awarded artist will be hitting the road once again with a new summer and fall tour. Dubbed the "$trip Love tour," Karol G will kick off the string of shows at the Allstate Arena in Chicago on September 6. She'll make pit stops in US's major cities, including North Carolina's Spectrum Center, this September 20, before wrapping on October 29 at Vancouver's Rogers Arena. Joining Karol G in her North Carolina show is the fastest growing DJ in the urban genre, Agudelo888. He was dubbed Best Urban DJ of the Year at the 2020 Urban Core Awards. He collaborated with Karol G in her most recent song, "Provenza," from her 2022 album. Don't miss the chance to witness these two amazing artists this fall. Secure your tickets by clicking the "Get Tickets" link on this site.