Contemporary rock giant Journey is hitting the road this 2022 for their Freedom Tour! The 40-city tour takes over all the major arenas across North America, including the Spectrum Center! Launched in February, Journey will be making their way to Uptown Charlotte, North Carolina, on Thursday 28th April 2022, and they are bringing Toto as their special guest! Fans can expect Journey to perform their timeless hits, such as “Don’t Stop Believin’,” “Open Arms,” and “Separate Ways.” Get your tickets now to see Journey and Toto take over the stage at the Spectrum Center! 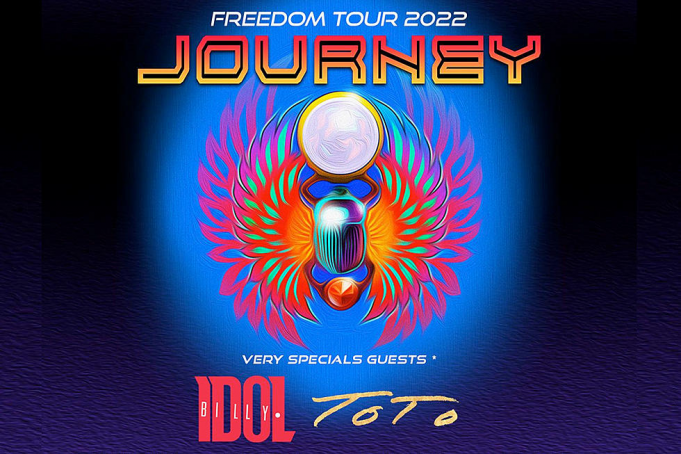 Journey has been at the forefront of American ‘80s rock music. Their commercial success was at its peak when the band released their biggest hit single, “Don’t Stop Believin’,” from the album, Escape. At that time, their frontman was Steve Perry, who eventually left the band in 1998. Released in 1981, Escape is the band’s most successful album. The record also contains another hit single, “Open Arms,” a power ballad covered by contemporary artists like Celine Dion, Mariah Carey, Barry Manilow, and Boyz II Men. Escape peaked at number 1 on the Billboard 200 chart. In July 2021, the album was certified Diamond by the Recording Industry Association of America.

Escape was succeeded by Frontiers, an equally successful studio effort that contains the hit single, “Separate Ways.” The album peaked at number 2 on the US Billboard 200 chart, and it is the first album to break through the U.K. charts, peaking at number 6.

The band has released 13 studio albums, four live albums, and eight compilation albums. Journey has sold 80 million records worldwide, making them one of the world’s best-selling bands of all time. The latest album, Freedom, is scheduled to be released later in the year. The new album marks the first studio release in 11 years.

See America’s most-beloved rock band perform live at the Spectrum Center on Thursday 28th April 2022. Get your tickets now before they sell out!