A night of nothing but superior country music comes your way this February 8, Wednesday, as the country music superstar Carrie Underwood brings her "The Denim & Rhinestones Tour" to the famous Spectrum Center in Charlotte, North Carolina. Joined by the rising country star Jimmie Allen, Underwood will excite North Carolina fans by performing songs from her newest album, like the lead single "Ghost of You." The multi-Grammy Award-winning country superstar also promises to put new spins on familiar favorites, such as "Some Hearts," "Last Name," "Mama's Song," and "Church Bells," among many others. So don't miss this opportunity to see the iconic Carrie Underwood on this highly-anticipated concert tour. Secure your tickets now by hitting the "Get Tickets" button. 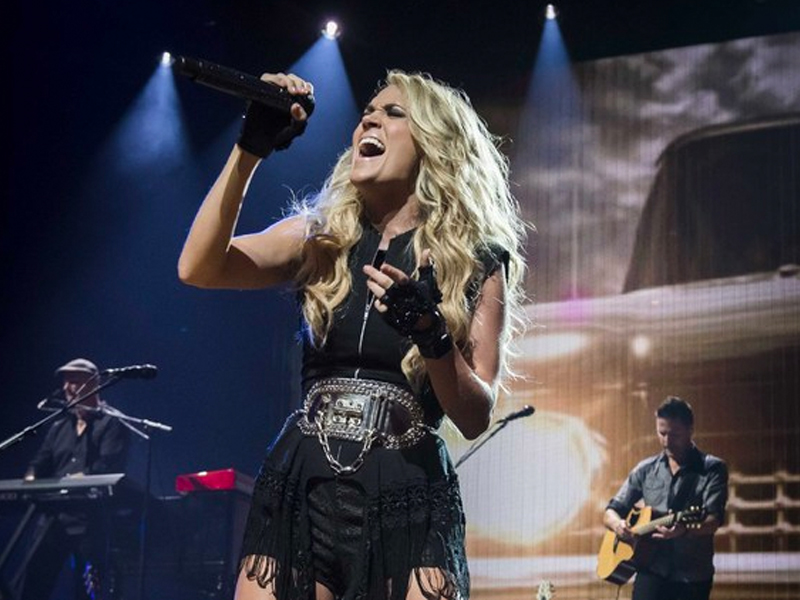 After the successful run of her Las Vegas residency show, Carrie Underwood made her fans excited by announcing a new massive tour for 2022 and 2023. Dubbed "The Denim and Rhinestones Tour," the trek is named after the 9th studio album of the country superstar. The massive concert tour kicks off on October 15 in Greenville, South Carolina. It will stop in major venues all over the country, including Charlotte, North Carolina's Spectrum Center, this February 8, 2023.

"I'm thrilled to be hitting the road again with The Denim & Rhinestones tour. I'm having such an amazing time with my Las Vegas residency and look forward to continuing that next year after the tour," the multi-Grammy Award-winning singer expressed with excitement. "I'm excited to bring the new music of Denim & Rhinestones to life on tour, as well as put new spins on familiar favorites. We've been working hard already preparing an amazing show, and I can't wait to see everyone on the road!" she added.

Country singer-songwriter, Jimmie Allen, will join Underwood in the tour's entirety. Allen is known for a few hits like "Best Shot" and "Make Me Want To." He also made history in 2021 when he won the Country Music Association's "Best New Artist of the Year" award, becoming the only second black artist to win the category, following Darius Rucker in 2009. With his addition to Underwood's lined-up concert dates, this tour is expected to be a bomb! Don't miss this chance to see these two great country stars on their North Carolina stop. Get your tickets now! Click the "Get Tickets" button for a safe and fast transaction.